Journalists in State of Emergency – 20

On September 28, the Turkish government closed 12 TV and 11 radio stations, based on a decree issued on July 25 under the state of emergency, giving the government the authority to close any media outlet on "national security" grounds.

All of the stations ordered closed are critical and independent news outlets, and, although varied in terms of political leanings and stance, represent left-wing ideas in a broad sense.

On Sept. 30, the authorities ordered the closure of İMC TV, press reports have said. 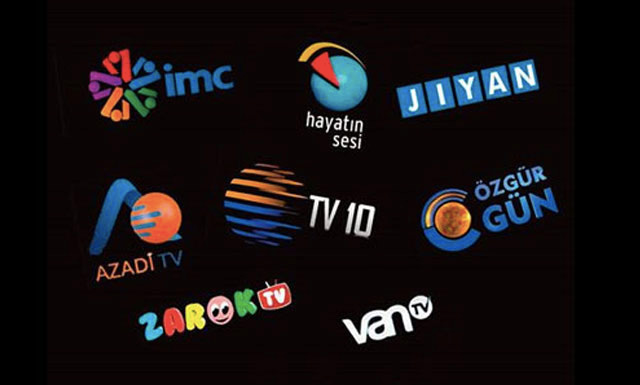 Also on Sept. 30, the websites of İMC TV, Hayatın Sesi and Özgür Radyo were blocked by the Information and Communication Technologies Authority.

Recent detentions under State of Emergency

On October 1, prize winning writer Murat Özyaşar, whose teaching post in a high-school was recently suspended, was detained in a dawn raid on his Istanbul home by Diyarbakır police. Özyaşar was taken to Diyarbakır where he will be kept in custody for the next five days with no access to a lawyer. Kurdish poet and writer Rênas Jiyan, another Diyarbakır teacher who was suspended under the same cabinet decree as Özyaşar, was also detained. Both writers were taken to Diyarbakır Police Station.

On October 1, President of Fırat Basın, the company which owns Radyo Karacadağ, which was shut down on Sept. 30, was detained by police.

On Sept. 28, Evrensel reporters Eren Ergine and Cumali Kaya were detained by security forces while reporting on a news story. The two journalists were released after three hours in custody.

Ramazan Alkan, a reporter for the pro-government and Islamist Yeni Akit daily, was put under arrest as part of the investigation into the July 15 coup attempt on the grounds that he had downloaded an app named “ByLock”, which Turkish authorities say was used by the Gülen Community’s members to communicate.

The Twitter account of RedHack, a dissident Turkish hacker group, was suspended after the group announced it had hacked into the email account of Berat Albayrak, Turkey’s Minister of Energy and President Recep Tayyip Erdoğan’s son-in-law. Authorities have also blocked access to news reports on the content of the emails leaked posted by Diken.

In a recent development, a ruling issued on July 31 by the Ankara-based Gölbaşı Criminal Judicature of Peace, blocking access to 31 Twitter accounts and websites, was shared on social media. A large number of Twitter accounts in Turkey have been suspended after declaration of State of Emergency.

Hüseyin Aykol, a former editor-in-chief of the shuttered Özgür Gündem daily -- also shut down under State of Emergency -- appeared before an Ankara court over some news reports published in Özgür Gündem. Aykol stands accused of “inciting [the public] to commit a crime”.

In the trial, Aykol protested his innocence, saying as he resides in Ankara, he wasn’t shown the final versions of the newspaper before it went to print.

On Sept. 20, lawyers for Aslı Erdoğan, a novelist who was on the board of advisors of Özgür Gündem who has been under arrest since Aug. 19, filed an objection to the court ruling that decided her arrest. The 4th Criminal Judicature of Peace which rejected the objection didn’t cite any reason for its decision in its ruling.

Another objection was filed against the arrest of writers Ahmet and Mehmet Altan, who were put under arrest on Sept. 22 and 23. The court has yet to issue a final decision regarding the objection.

Journalist Arzu Demir, who is facing up to two years in prison on charges of “making propaganda on behalf of a terrorist organization” for her book on the female of militants of the Kurdistan Workers’ Party (PKK) testified to the İstanbul 13th High Criminal Court. The book was banned on March 15, 2016. Demir is a reporter for Etkin News Agency and Fırat News Agency (ANF).

On Sept. 25, Joost Lagendijk, the former co-chair of the EU-Turkey Joint Parliamentary Committee and Today’s Zaman columnist, was denied entry to Turkey after his flight from the Netherlands landed at Istanbul’s Sabiha Gökçen Airport.

Lagendijk said he hoped the decision was not a move to “block me forever,” and that he was told he could enter with a “special visa.”

The Dutch politician, who resides in Istanbul, later tweeted that he was working on getting the “special visa” he was told he needs for reentry.

Number of journalists in prison: 125

Following the arrest of one Yeni Akit reporter and updates P24 has made to its own list after consulting with international and domestic journalism organizations keeping track of journalist arrests and detentions, the number of journalists, newspaper owners, owners to newspaper rights and newspaper employees currently under arrest has reached 125. This number does not include those journalists who are being kept in police custody. However, it does include 18 journalists who are serving prison sentences after being convicted for their writings. All of them were arrested before the coup attempt.

Ergun Babahan, Left the country according to AA

Osman Özsoy, Left the country according to AA

Şemsettin Efe, Samanyolu News, Left the country according to AA

Turan Görüryılmaz, Can Erzincan TV sunucusu, Left the country according to AA

Zeki Önal, Not detained due to advanced age and illness.

These lists have been compiled by P24 editors from open news sources and will be updated regularly. Journalists who want to report developments about themselves or their colleagues can contact us at punto24info@gmail.com
02-10-2016
Share: