“Right to defense violated in the Altans case” 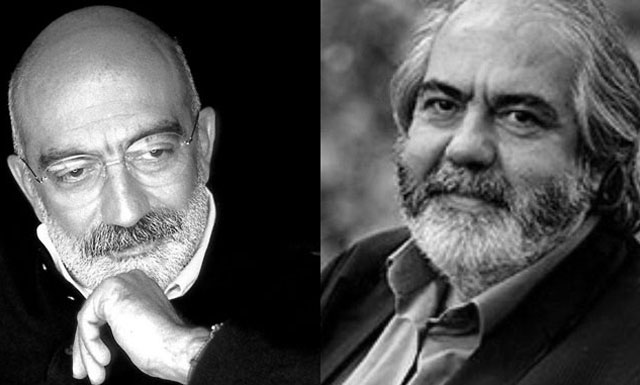 Opposition Republican People’s Party (CHP) lawmaker Sezgin Tanrıkulu has criticized handling of the latest hearing in the trial of Ahmet and Mehmet Altan, where all four lawyers of the Altan brothers were expelled from the courtroom for requesting further examination of the evidence.

The Altan brothers are among the seven defendants in the case facing coup and terrorism charges. The Altans, along with seasoned journalist Nazlı Ilıcak, are charged with “attempting to overthrow” the government, the constitutional order and Parliament, as well as “helping a terrorist organization without being member.”

The court ruled at the end of the hearing to keep all six suspects behind bars, rejected requests from lawyers for removal of the judge from the case and said restrictions on access to lawyers will remain in place.

Tanrıkulu, a lawyer by profession and the former head of the Diyarbakır Bar Association, was among those who attended the hearing held at the Istanbul 26th High Criminal Court on Monday, November 13.

In a series of tweets on the same day, Tanrıkulu highlighted the fact that it was the first time Ergin Cinmen, chief lawyer for the Altan brothers, was ever expelled from a courtroom throughout his 40-year career, including considerable time spent as a defense attorney in the notorious State Security Courts (DGMs) that were later abolished.

Cinmen was expelled by the judge presiding the hearing for attempting to make a request for expansion of the investigation before the prosecutor submits his final opinion on the case and sets out the sentencing he seeks for the defendants. The judged also ordered second lawyer, Figen Çalıkuşu, be expelled when she made the same request. Çalıkuşu then requested the replacement of the judge.

The remaining two lawyers were also expelled by the time the court gave a break for lunch when they said the trial cannot continue while their request for removal of the judge from the case is pending. The afternoon session continued without the Altans’ lawyers. “It falls on to me to ask for my release as my lawyers aren’t present,” Mehmet Altan said at the end of his statement.

Tanrıkulu wrote that the lawyers must be given the floor whenever they request to speak on a matter related to defense.

He also said repeated changes in the composition of the court panel, including the prosecutor, was a “clear violation of the right to fair trial.” Two judges and the prosecutor have been replaced at different times since the beginning of the Altans trial on June 19, 2017.

Tanrıkulu also criticized the attitude of the court president: “That the court president is easily disturbed by any thing, that he interrupts the defendant while they are making their defense statements and tells them to wrap it up, these amount to an interference with the right to fair trial,” Tanrıkulu tweeted.

He also said the decision to continue imprisonment of the defendants on the basis of the same grounds repeated at the end of every hearing and without offering solid evidence amounted to a decision for the “continuation of ‘captivity’.”

Tanrıkulu criticized the court ruling to keep restrictions on access to lawyers in place as well: “The decision to continue restrictions between the defendant and the lawyer in a situation where the defendant has been in detention for 15 months is a violation of the right to defense in the gravest sense,” he wrote.

“A request by the Presidency to intervene in the case while there is already the Prosecutor’s office [representing the state], is unethical and unlawful and it amounts to personalization [of the case],” he said.
14-11-2017
Share: