Observers not allowed into courtroom at hearing of TV10 staff 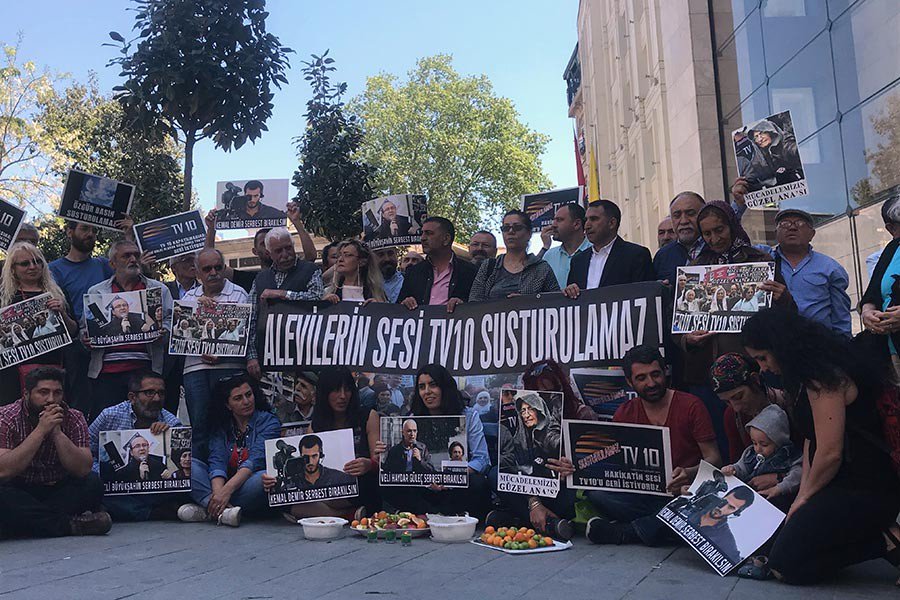 Both Demir and Karagöz are charged with “membership in a terrorist group” in the case.

Granted exemption from personal appearance in the courtroom at the end of the previous hearing held in May, Demir and Karagöz did not attend the hearing. Demir’s lawyer Seyit Demir was in attendance.

In addition to P24, representatives from the International Press Institute (IPI) and the Committee to Protect Journalists (CPJ) as well as members of the press had come to the courthouse to monitor the hearing, which began an hour later than scheduled. However, upon instructions from presiding judge Ersin Özaslan, the audience was not allowed into the courtroom to observe the trial. The judge’s instruction was against Article 182 of the Turkish Criminal Procedure Code (CMK), which stipulates that hearings are open to the public. The court’s decision to not allow the audience into the courtroom was announced to those waiting to enter by the bailiff.

According to court minutes, the court heard two witnesses in relation to the allegations of “acquiring equipment to set up a television for PKK/KCK terrorist organization” and financial transactions allegedly made to fulfill the said goal. The witnesses told the court that Demir did not attend the alleged meeting conducted for the acquisition of the equipment and was waiting outside while the meeting took place. Kemal Demir’s lawyer Seyit Demir also asserted that his client was not present at such a meeting.

In its interim decision, the court ruled for witness Şükrü Yıldız to be forcibly brought to the next hearing and for the continuation of the international travel ban imposed on Demir and Karagöz. The court set 14 November as the date for the next hearing.

The panel’s decision to exclude the public from the courtroom and the grounds for the decision were not recorded in the minutes of the proceedings, as stipulated by Article 186 of CMK.