Journalists in State of Emergency - 140 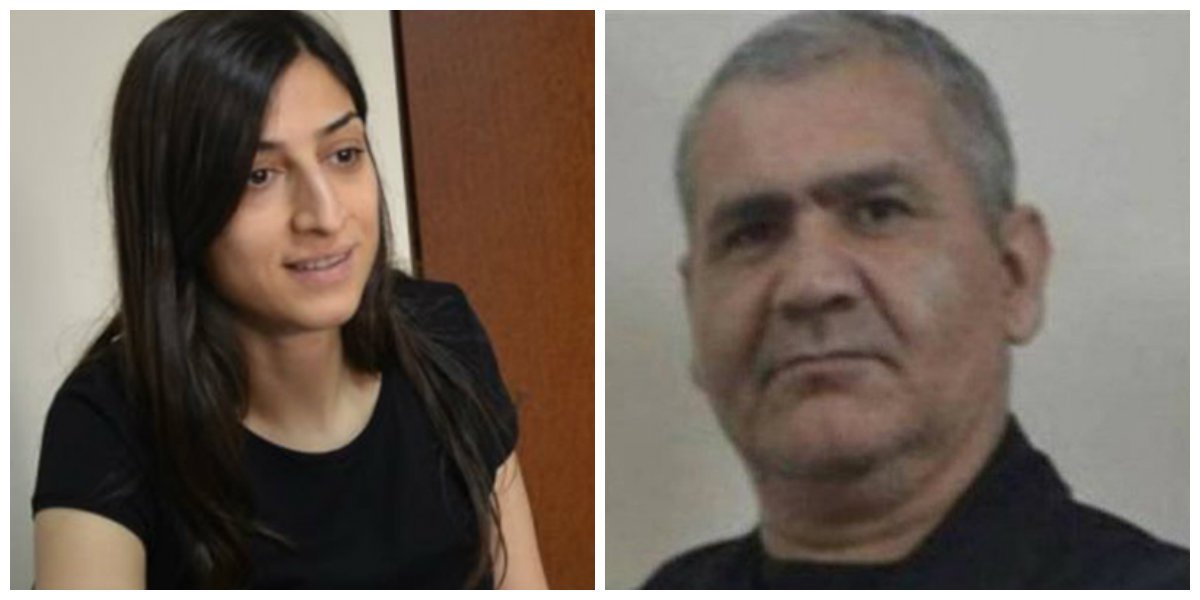 Two Turkish courts on May 11 jailed Kemal Sancılı, the owner of the publishing rights of the shuttered pro-Kurdish newspaper Özgür Gündem, and the newspaper’s Managing Editor Reyhan Çapan.

Mezopotamya news agency reported on Friday that Sancılı was arrested two days ago in İpsala, a district of the western province of Edirne. He was brought before a judge at the İpsala Courthouse on May 11, where he was jailed and sent to the Silivri Prison. No further information was available as of May 12 on the grounds for his detention.

Çapan, on the other hand, was taken into custody on May 10 in Hopa, a district of the Black Sea city of Artvin, on grounds of an arrest warrant. She appeared before a judge on May 11 at the Artivn Courthouse. The judge jailed Çapan and ruled for her to be sent to the Artvin Prison, from where she was to be transferred to the Sivas Women’s Prison.

The fourth hearing in the trial into 11 former columnists and editors of the shuttered Zaman daily was held on May 10 and 11 at the 13th High Criminal Court of Istanbul. In its interim decision at the end of the hearing, the court ruled to release columnist Ali Bulaç and Zaman’s former Responsible Managing Editor Mehmet Özdemir from pretrial detention, while ordering the lifting of Şahin Alpay’s house arrest. The court set June 7 and 8 as the dates for the next hearing.

A detailed report on the two-day hearing, monitored by P24, can be found here.

Also on May 10, Ali Ünal, another former Zaman columnist, appeared before a court in the western province of Uşak for the third hearing of a case where he faces aggravated life sentence and up to 29.5 years in prison on “coup” and “terrorism” charges. The Uşak 2nd High Criminal Court ordered the continuation of Ünal’s detention on remand and adjourned the trial until July 18,  2018.

For a detailed report on the hearing, also monitored by P24, click here.

The fifth hearing of a trial in which journalist Şerife Oruç faces terrorism-related charges based on witness testimony against her was held on May 8 at the 2nd High Criminal Court of Batman. The court ordered for the witnesses to be brought to court by force and the continuation of the pretrial detention of Oruç and the other suspects, setting July 9, 2018, as the date for the next hearing.

A report about the hearing, monitored by P24, can be found here.

İshak Karakaş, the editor-in-chief of local newspaper Halkın Nabzı and a contributor to the news website Artı Gerçek, was released from pretrial detention on May 8, 2018, at the end of the first hearing of his trial. The 28th High Criminal Court of Istanbul ruled to release Karakaş under judicial control measures. Karakaş had been in prison since late January, when he was arrested on account of his social media posts critical of Turkey’s military operation on Syria’s Afrin.

To read more about the hearing, monitored by P24, click here.

Retrial of “MİT trucks case” against Can Dündar under way

The 14th High Criminal Court of Istanbul on May 7, began the retrial of Can Dündar, former editor-in-chief of Cumhuriyet daily, and Erdem Gül, the newspaper’s Ankara representative, in the case publicly known as the “MİT trucks case.”

The court had sentenced Dündar to 5 years and 10 months and Gül to 5 years in prison for “disclosing documents related to the security of the state” in relation with the publication of a news report about the Syria-bound National Intelligence Agency (MİT) trucks in Cumhuriyet’s May 29, 2015, edition.

In its review of that ruling in March, the 16th Criminal Chamber of the Supreme Court of Appeals reversed the trial court’s judgment, saying the verdict for Dündar should have been based on “espionage” charges and that Gül should have been acquitted.

Complying with the Supreme Court of Appeals ruling, the trial court started the retrial on May 7. Issuing an interim ruling at the end of the hearing, the court ordered the separation of Erdem Gül’s file from this case and adjourned the trial until October 2, 2018, awaiting the result of an application filed by Turkish authorities to Belgium for Can Dündar’s extradition.

On May 9, the same court this time held the sixth hearing of another trial also based on the publication of the MİT trucks report, in which Dündar and Gül are co-defendants alongside Republican People’s Party (CHP) İstanbul MP Enis Berberoğlu.

Dündar, Gül and the imprisoned Berberoğlu are indicted for “knowingly and willingly aiding a terrorist organization without being its member” in this case.

Berberoğlu and Gül appeared before the court at the hearing, where Dündar was represented by his lawyer.

Since a different chief judge was presiding over the panel during this hearing, Berberoğlu’s lawyers requested for the witnesses in favor to be heard at a later session. Accepting the lawyers’ request, the court adjourned the trial until July 18, 2018.

The seventh hearing of the trial against nine former editors and columnists of the shuttered pro-Kurdish newspaper Özgür Gündem was held on May 7 at the 14th High Criminal Court of Istanbul. The newspaper’s former co-editors-in-chief Eren Keskin and Hüseyin Aykol, editors Reyhan Çapan, Filiz Koçali, lawyers Ayşe Batumlu, Nuray Özdoğan, writer Ayşe Berktay, spokesperson of The ’78ers Initiative, Celalettin Can, and Özgürlükçü Demokrasi editor Reyhan Hacıoğlu are standing trial on “propaganda” charges in the case.

Addressing the court, Keskin requested additional time for here defense statement, while her lawyer requested for the investigations to be expanded. The court accepted the requests and adjourned the trial until July 9, 2018.

The same day, the 14th High Criminal Court of Istanbul also held the seventh hearing of the trial into journalists who joined in a solidarity campaign for Özgür Gündem.

Submitting his final opinion during that hearing, the prosecutor requested prison sentences for 11 journalists standing trial in the case on the charge of “conducting propaganda for a terrorist organization.”

P24 monitored both hearings in the courtroom. To read more about the first hearing, click here. A report about the second hearing can be found here.

Gökhan Öner, a former reporter for the shuttered Dihaber news agency, was jailed pending trial on May 5 by a court in Denizli.

Öner was taken into custody on April 28 during police raids in Denizli. After testifying before a prosecutor on May 5 at the Denizli Courthouse, Öner was referred to court for detention on the charge of “membership in a terrorist group.” A Criminal Judgeship of Peace ruled to jail Öner pending trial.

Reports said accusations against Öner were based on news stories he penned for Dihaber that were found on his computer, and a complaint filed about the journalist.

Other freedom of expression cases of the past week

P24 updates its list of jailed journalists and media workers

P24 has updated its list of jailed journalists and media workers, a list compiled from open sources using information available to the general public.

Following Ali Bulaç, Mehmet Özdemir and İshak Karakaş’s release and the imprisonment of Kemal Sancılı, Reyhan Çapan and Gökhan Öner during the past week, there are at least 174 journalists and media workers either in pretrial detention or serving prison sentences in Turkey’s prisons as of May 11, 2018.